The Fatal Flight Buzz One Four

A documentary film about how a small Maryland town dealt with a B-52 carrying 2 thermonuclear bombs crashing during the blizzard of the century on January 13, 1964

Originally this documentary was called Buzz One Four Impact Documentary and focused on the community efforts for the rescue, recover and remembrance of the B-52 crash. In July 2018, we interviewed Lt. Carl Ellenburg and added his interview into the documentary which changed the documentary dramatically.

The new version of the documentary is called The Nuclear Nightmare
Cover-Up. Then we were able to obtain the original 8mm film from James Mills. Bono Labs also obtained original archival footage.  In October 2019 – January 2020 the documentary was edited with the enhanced film footage by Renee Green and professionally reviewed by Ken Davis.
In May 2020, the 3rd version was named The Fatal Flight Buzz One Four.

HISTORY OF THE DOCUMENTARY 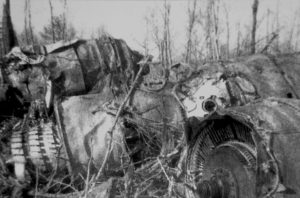 A Look Inside the coverup